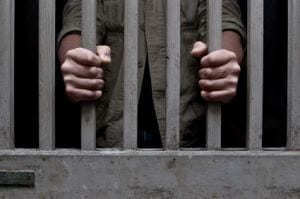 Burglary is one of those crimes in California, which, if you are convicted, means that you are most likely spending a significant amount of time in jail or prison.

The amount of time that you will spend behind bars depends upon a number of different factors, including the specific acts that you allegedly participated in, whether or not you have a previous criminal record, as well as the ability of your burglary attorney to defend your rights.

Acts that result in burglary charges

The crime of burglary is addressed by California penal code 459, which defines burglary as a crime in which someone enters a building with the deliberate intention of stealing goods or money or committing some other felony.

The main differences in the possible sentences between these two categories of crime are the maximum time that you could be ordered to serve and whether that time will be in jail or prison.

This is burglary of an inhabited dwelling according to the state’s penal code, but the actual description of what could be called an ‘inhabited dwelling’ is quite varied. It could include a mansion, an ordinary house, a cabin, a trailer, a camper, a tent or just about anywhere where someone has chosen to live.

It could even include a ‘dwelling’ that had been vacated because of an emergency, like an earthquake, hurricane or tornado.

The difficulty in giving an exact idea of how many years in jail you could end up with if you get convicted of first degree burglary is because the sentence all depends on how much you intended to steal in the dwelling and whether you had already been convicted of a similar sentence before.

Intent to steal more than $400 is regarded as grand larceny in California and means a felony sentence. A first offense could still mean 2 years in prison. Because of California’s three-strike law, a first burglary offense is automatically a first strike and a second offense means a much harsher sentence, probably doubling the term in prison.

Regardless, the maximum penalty for a first-degree burglary offense is six years in state prison.

All other burglary categories other than that of an inhabited dwelling are considered second degree burglaries. This mostly includes commercial buildings. Again, if you are convicted the amount you intended to steal as well as the number of prior convictions basically determines how many years you could be sentenced to.

A misdemeanor would be where you had been proved to have had intent to steal less than $400 worth of goods, while a felony sentence would be handed out to anyone who had intended to steal more than that amount.

Regardless, the maximum sentence for a second-degree burglary offense is 3 years in county jail.

How burglary sentences are sometimes reduced

Because of the severity of the sentence for burglary in California and the state’s three strike law, it is imperative to use the services of an experienced and aggressive criminal defense attorney. A good attorney can help to dismiss the charge altogether or at least help reduce the maximum sentence. Prosecutors must establish that you

The attorney may be able to show that any one or more of the above preconditions could not be proved beyond a reasonable doubt and therefore you could not be convicted of burglary.

For example, it may be shown that you thought that you were entering a building that belonged to you or had permission to do so, or you had no intention of stealing any goods until you were already inside the building. The actual sentence will depend on the judge’s decision and how well your attorney can point out any mitigating factors in your favor.

Note that in addition to a period in jail, a conviction for either felony or misdemeanor burglary may mean an additional fine, a period of probation and the damaging longer term effects on your job, business and family life.